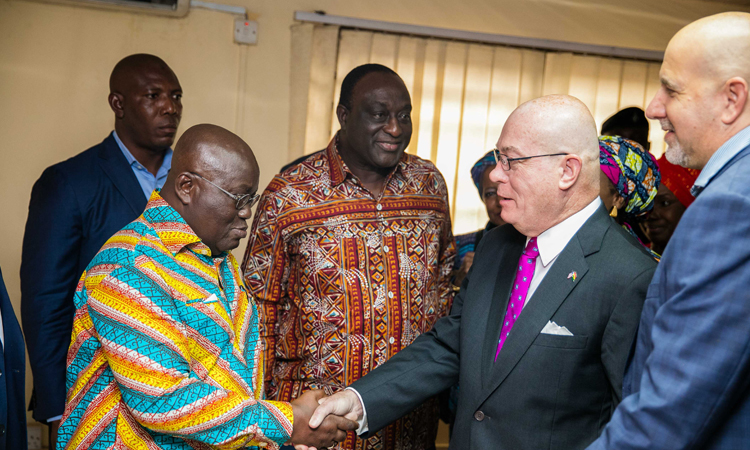 GAME-GDA is a cooperative agreement between USAID and Dignity DTRT Limited that will provide training for 1,337 people and create 1,187 new apparel-making jobs. Around 80% of these jobs will be filled by women, many whom lack job skills and come from low-income backgrounds. A number of these women are also out-of-school adolescents. This expanded partnership will also add millions a year in new apparel exports from Ghana to the U.S.; duty and quota free under the African Growth and Opportunity Act (AGOA).

“We are pleased to support Dignity/DTRT’s expansion which will create jobs and result in the expansion of DTRT’s AGOA eligible exports from Ghana by at least $20 million annually,” said H.E. Robert P. Jackson, U.S. Ambassador to Ghana.

The apparel, which range from shirts to outerwear, will be sold by Seattle – based SanMar. The partnership will also help the successful American clothing and accessory company support their U.S.-based distribution centers backed by American workers.

The DTRT Group is West Africa’s largest apparel manufacturer and exporter. Dignity DTRT Limited currently employs more than 1,600 skilled employees; about 75% of them are women mainly from the streets and low income households. The apparel manufacturer produces upwards of 25,000 shirts daily and has exported more than 6 million garments in the past 24 months to the U.S. under AGOA. The company is 51 percent owned by Dignity Industries (a wholly Ghanaian-owned company) and 49 percent by DTRT Apparel Limited (a Ghanaian-registered company with American ownership with offices in San Diego, California). The partnership started in 2014 with 145 sewing machines and has the capacity to expand to 3,000 workers in the next year.

“We are delighted to partner with USAID to provide on-the-job and pre-hire training to young Ghanaians beginning their careers in the apparel sector. This support from USAID will allow us to nearly double our workforce and greatly expand our production capacity,” said Ms. Salma Salifu, Managing Director of Dignity DTRT Limited.

At Monday’s launch event, held in Accra, H.E. Nana Addo Dankwa Akufo-Addo, President of the Republic of Ghana pledged his support of the partnership backed by USAID.