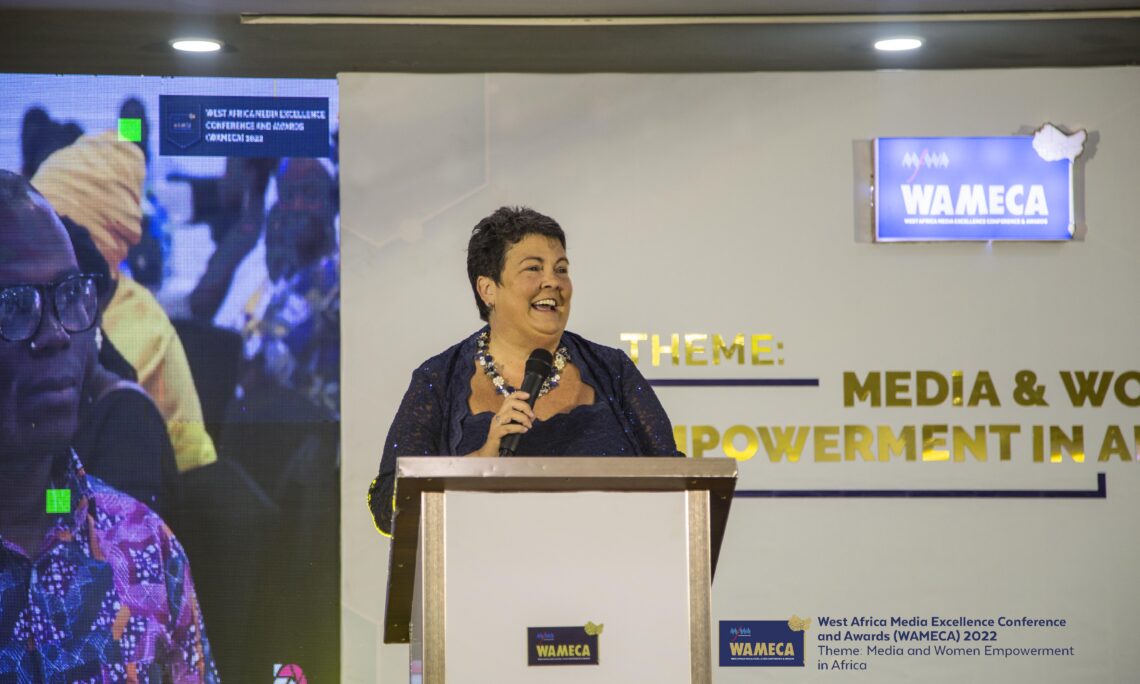 What an honor it is to be here with you tonight to celebrate journalism and press freedom. I understand this conference and awards event is now in its sixth year.  Congratulations!

I want to start by acknowledging the work of the Media Foundation for West Africa.  We, as the United States Government, are proud to be your long-term partner as you fiercely protect press freedom and also support the professional development of journalists across West Africa.

Press freedom and a professional, responsive, and independent media are critical parts of any democracy. We need responsible members of the media – like you – to play a role in policy debates, to help the public understand policies and – when needed – to hold leaders accountable for their decisions.

And this is not some far-fetched idea only relevant in other countries.  In 2022, Ghana dropped 30 places in the World Press Freedom Index to number 60.  That’s a large drop and a concerning one for a country that is considered a beacon of hope in the region.

But it also proves a point: press freedom is not a one-time achievement.  It’s a principle that must be defended every day.  It’s like a campfire – you have to tend to it, if you ignore it, it could go out.  And once a campfire goes out, trust me, it’s hard to start it up again.

That’s why it’s so gratifying to turn on the TV and see Media Foundation for West Africa’s Executive Director advocating for press freedom and protecting journalists.  Any day of the week, you can see Sulemana out there demanding accountability and transparency.  Ayekoo!

However, t has been well over three years since Ahmed Suale was assassinated.  His family and his colleagues are still waiting for justice.  We support the multiple voices in Ghanaian society calling for accountability and a resolution to this case.

That’s why we support the Media Foundation for West Africa and its advocacy role on press freedom.

This year the United States Government is sponsoring journalist training programs across Ghana.  And I know my colleagues at other U.S. Missions in West Africa are doing the same.

We are particularly proud of our new partnership with Dubawa this year.  Together with Dubawa we are training 60 rural journalists on fact-checking.  The training programs help these journalists, who often do not have access to professional development opportunities, to learn and improve their craft, while fighting mis- (and dis-) information.

Earlier this month, through the U.S. Agency for Global Media and the Voice of America, we trained 15 journalists at GBC on digital journalism and related technologies.

I want to acknowledge a group of talented young people that I had the pleasure of meeting at the Embassy earlier this month.  They are the Media Foundation for West Africa’s Next Generation Investigative Journalist Fellows, sponsored by the U.S. Embassy.  These 13 young people, including participants from Ghana, Liberia, and Sierra Leone are completing an intensive training program focused on investigative journalism.  I know they are here and I want to acknowledge them for their focus on excellence and professional development so early in their careers.

In December, working with the Young Africa Media Center (formerly YALI TV), we’ll offer training for journalists on how best to report on people living with disabilities, as well as how to cover disability access policy issues.  Because we think journalism can be a tool for building understanding and finding solutions.

That’s why we thoroughly support this year’s WAMECA theme: “Media and Women Empowerment in Africa.”  Women’s empowerment and gender equality is a major priority for the United States.  It is at the heart of much of what we do.  In fact, the United States released our first-ever National Strategy on Gender Equity and Equality last October.

That strategy sets four priorities: improving economic security, preventing and responding to Gender Based Violence, increasing access to health care, and advancing democracy, rights, and full participation.  These priorities are reflected in the work we do at the Embassy.

We know that female journalists bring needed balance to reporting, as well as a perspective that has sometimes been ignored in traditional media.  Women journalists need to be part of the conversation, paid the same as their male counterparts, receive the same professional development opportunities, and the same news assignments.  And that’s just the beginning.

Newsrooms must be more welcoming, serve as an example, and help counter narratives that reinforce gender stereotypes.  They also need to include female voices in policy discussions. The plain fact is there’s nothing in the world that doesn’t get better with more women involved – whether we’re talking about business, peace and security, governance, politics, or journalism.  Did I mention diplomacy?

Thank you for the opportunity to speak with you tonight.  Thank you to the Media Foundation for West Africa for hosting this important event and for advocating on behalf of journalists across West Africa.  We all benefit from your work.  And finally, congratulations to all of the nominees.

Thank you and good night.