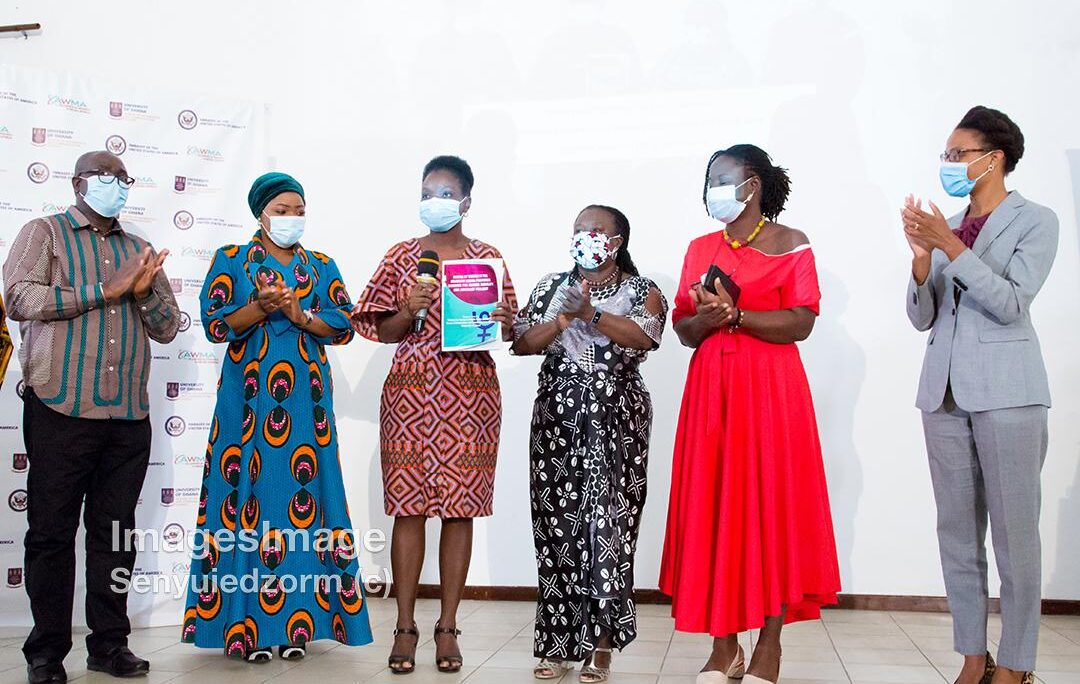 Dean of the School of Information and Communication Studies at the University of Ghana, Professor Audrey Gadzekpo;

Members of the Media;

It’s a pleasure to participate virtually in today’s launch of the “Status of Women in the Ghanaian Media” Report by the Alliance of Women in Media in Africa (AWMA). My heartfelt congratulations go to AWMA and the School of Information and Communication Studies of the University of Ghana for completing this body of work, especially during a pandemic.

The U.S. Embassy is honored to have sponsored the creation and dissemination of this timely report. Equality, inclusion, and representation of diversity – including of women – in every facet of our society, including the media, are critical and important goals.

Whether print, broadcast, or digital, the power that media hold in shaping society is massive.  In short, media act as a mirror, reflecting society as it is and what it can be. This is why representation of women matters. The “Status of Women in the Ghanaian Media” report checks the image in the mirror and recommends steps and policies to improve the situation where necessary.

This report establishes a baseline for evidence-based advocacy efforts, from making a concerted effort to recruit and retain women in the newsroom at all levels — from intern to owner – to providing training to detect and avoid gender bias in reporting.

The issues of gender balance and bias in the newsroom and in reporting are not unique to Ghana.  We continue to grapple with the same issues in the United States.  A report by the U.S. nonprofit Women’s Media Center entitled “The Status of Women in the U.S. Media 2019” showed that, despite some gains, men still make up the majority of personnel at every level in news, entertainment, and digital media. Women, the same study showed, make up only 42% of the overall newsroom workforce.

The U.S. Embassy recognizes the important role that free and responsible media play in shaping and maintaining a democracy, and we believe women should be in the forefront …both at the keyboard and in the story itself. Last year, we brought U.S. journalist and international trainer Sarah Wachter to Ghana to speak on this topic.  In fact, many of you heard her speak at AWMA’s first anniversary event about the importance of gender parity in the newsroom and combatting gender bias in reporting.  She spoke about how major newspapers and networks are being intentional towards attaining better gender balance.  We see BBC News programs enforcing a 50 percent rule on coverage and sourcing and the New York Times going back in time to feature obituaries of famous women the newspaper had overlooked.

But we still have work to do. Especially in the immediate term, with the upcoming election season. Ghana has a solid line of women in high political positions such as the current Foreign Minister, the Minister for Communications, the President’s Chief of Staff, and the former Chief Justice.

2020 presents an awesome opportunity for media practitioners, both male and female, to demonstrate how to treat women politicians respectfully and appropriately – holding them just as accountable as their male counterparts, while focusing on the substance of their candidacies rather than treating them differently because they are women.  All candidates should be respected for what they bring to the table, rather than what they wear to it!

As media practitioners, you have a critical role to play in avoiding and countering narratives that reinforce gender stereotypes. And when convening spirited yet civil political debates, I trust media houses will say no to the “manel,”a panel that features only men, and include women subject matter experts.

In Ghana, women make up more than half of the population and are found in every sector, leaving little justification for manels. Ayekoo once again, to AWMA and the School of Information and Communication Studies of the University of Ghana for producing this significant work.  I look forward to the report’s dissemination, as well as to the consciousness raising, advocacy, and policy development to follow.