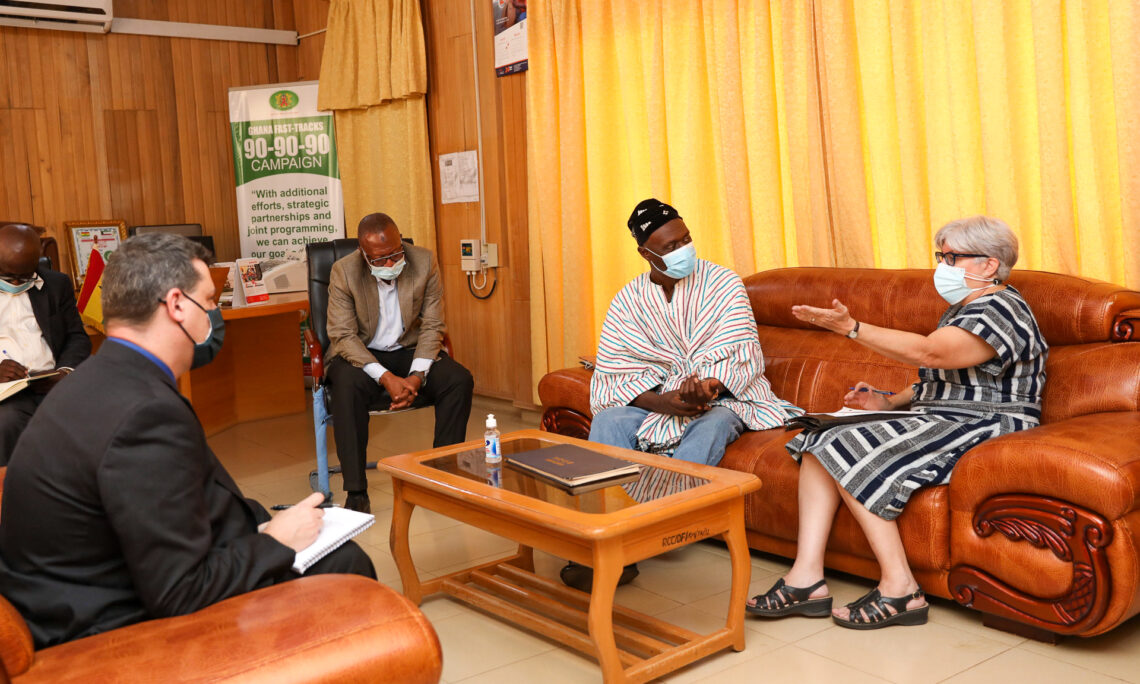 “Maintaining peace is necessary for development. We are partnering with Ghana to help communities and Ghanaians maximize their potential,” said Ambassador Sullivan.

The Ambassador congratulated the Northern Regional Peace Council and West African Network for Peacebuilding on their work and urged them to continue building community resilience, reinforcing social cohesion, and helping individuals reject extremism. She highlighted projects by United States Agency for International Development (USAID) to support initiatives to equip traditional authorities and Regional Peace Councils with the skills and knowledge to mediate conflicts in their jurisdictions. This support has improved the sustainability of mediated disputes, formalized community land-use procedures, promoted the use of alternate dispute resolution approaches, and encouraged inclusive governance.

Ambassador Sullivan visited the Buipe Port in the Savannah Region on Monday. USAID’s West Africa Trade and Investment Hub is supporting businesses in the north to develop export partnerships to access international markets. Many businesses in northern Ghana, including ones supported by USAID and several U.S. firms, can catalyze private investment, increase their exports, create jobs, and connect these new exports with the global market via Lake Volta through the Buipe Port.

In Yendi, the Ambassador visited a new trauma and emergency ward at the Yendi Government Hospital being constructed by Mission:318, a private U.S. charitable organization that has provided medical services and supplies in the Yendi community for more than ten years.

“Americans’ deep connection with Ghanaians is not just about the strong and enduring partnership with the U.S. Government. Mission:318 models many of the values of the American people – sharing the fruits of our prosperity and helping others to help themselves,” she said.