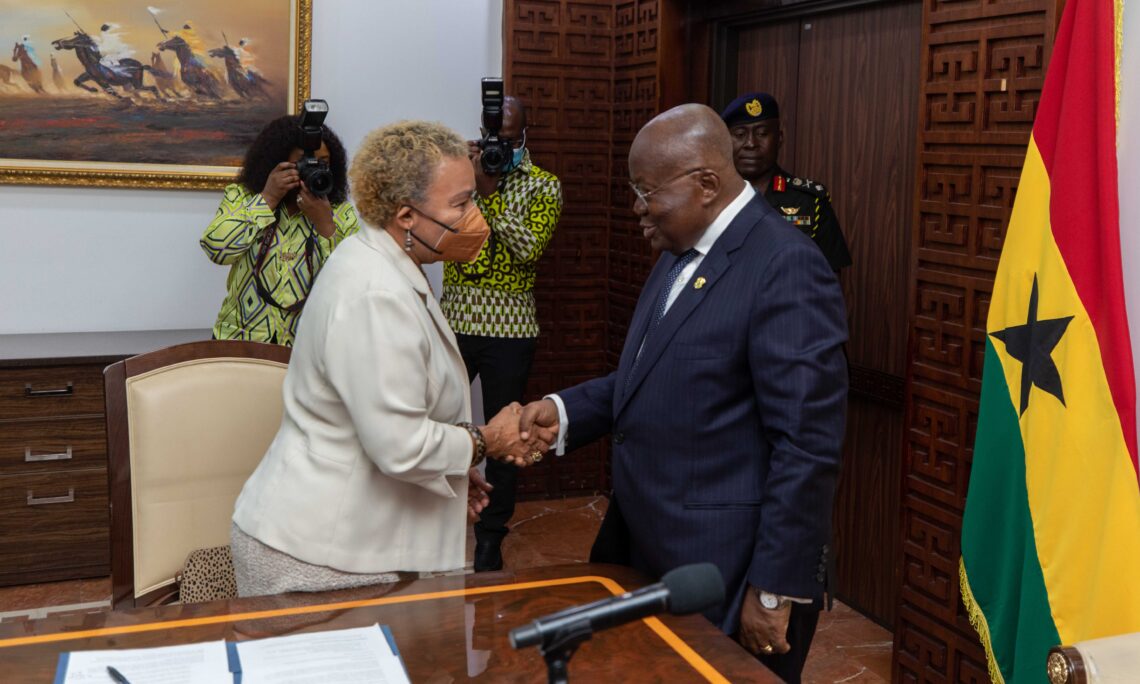 Accra, Ghana – A United States Congressional Delegation led by Chairwoman Barbara Lee visited Ghana from August 25-27, 2022. The visit reaffirmed the strong partnership between the United States and Ghana, the importance the United States places on Ghana’s leadership in West Africa and allowed for discussion of a range of global issues from climate to security.

The delegation met with President Nana Addo Dankwa Akufo-Addo, senior government officials, members of Parliament, civil society groups and other developmental partners on issues of mutual interest between the United States and Ghana.

In Tema, the seven-member delegation interacted with stakeholders in the fisheries sector including Minister Mavis Hawa Koomson about the U.S. government’s support to restore fisheries and combat illegal, unreported, and unregulated in Ghana through the United States Agency for International Development (USAID) at the Canoe Basin.  The delegation also toured SEKAF Shea Company and discussed the Sustainable Shea Alliance, a USAID-Global Shea Alliance partnership that has supported tens of thousands of women shea producers and helped increase global demand for shea products.

On Saturday August 27, the group visited Ridge hospital where they spoke with health officials at the maternal and child health unit about their work and challenges they face.  The delegation also heard how U.S. support has contributed to lower maternal and newborn deaths and improved the skills and training of midwives and nurses.

The Congressional delegation later joined Deputy Minister for Tourism, Culture, and the Arts and the W.E.B. DuBois Museum Foundation to commemorate 59 years of his passing at the W.E.B. DuBois Memorial Center in Accra. Ambassador Virginia E. Palmer and Chairwoman Barbara Lee delivered remarks at the event and laid a remembrance wreath at his tomb.

The Members of the Congressional delegation were: