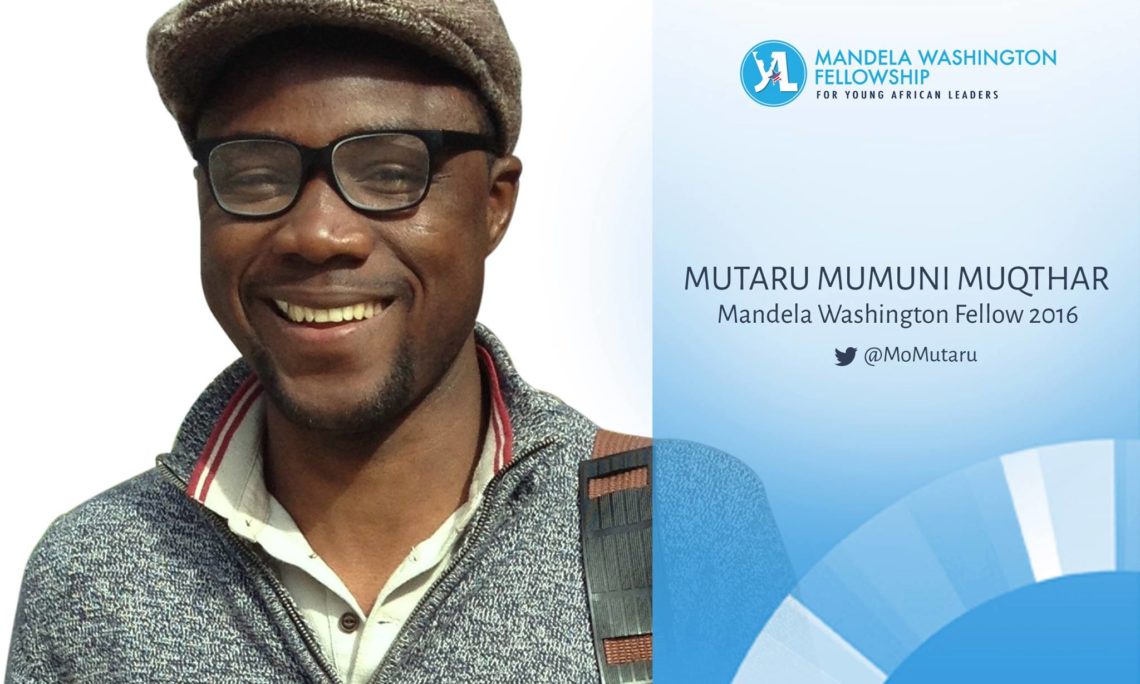 A 2016 Mandela Washington Fellow from Ghana has been named the 2017 Daily Trust African of the Year. Mutaru Mumuni Muqthar was recognized for his work in de-radicalization and re-integration of would-be extremists in the West African region. The award was presented to him by H.E Festus Mogae, former president of Botswana.

Mutaru Mumuni Muqthar is the executive director for the West Africa Centre for Counter Extremism (WACCE), an independent not-for-profit civil society organization focused on counter-extremism research and outreach in West Africa. Following the completion of his master’s studies in international terrorism, global crime and international security at Coventry University, UK — including understudying anti-mafia prosecutors in Sicily, Italy — he returned to Ghana to set up WACCE in 2014 in response to a growing number of West Africans succumbing to the allure of terrorist ideals.

Mutaru is engaged in research and outreach with vulnerable communities in countering the underpinnings of Violent Extremism and Radicalization that Lead to Terrorism (VERLT), helping to dissuade vulnerable individuals from potential radicalization and terrorism. His participation in the Mandela Washington Fellowship has enabled him to establish the necessary partnerships, networks and requisite support in expanding his counter-extremism work across West Africa — playing a key role in supporting governments in effectively fighting terrorism.

According to the Daily Trust, Mutaru is the youngest African to have ever won the coveted award. Previous award winners include the former president of South Africa, Mr. Thabo Mbeki.

The African of the Year award, supported by the United Bank for Africa, UBA Plc, was inaugurated in 2008 by Daily Trust, in fulfilment of its commitment to African unity and sustainable development across the continent. The inaugural award was presented to Congolese gynecologist Dr. Denis Mukwege, in recognition of his exemplary humanitarian offer of free reconstructive surgery to victims of rape in the war-torn Democratic Republic of Congo.