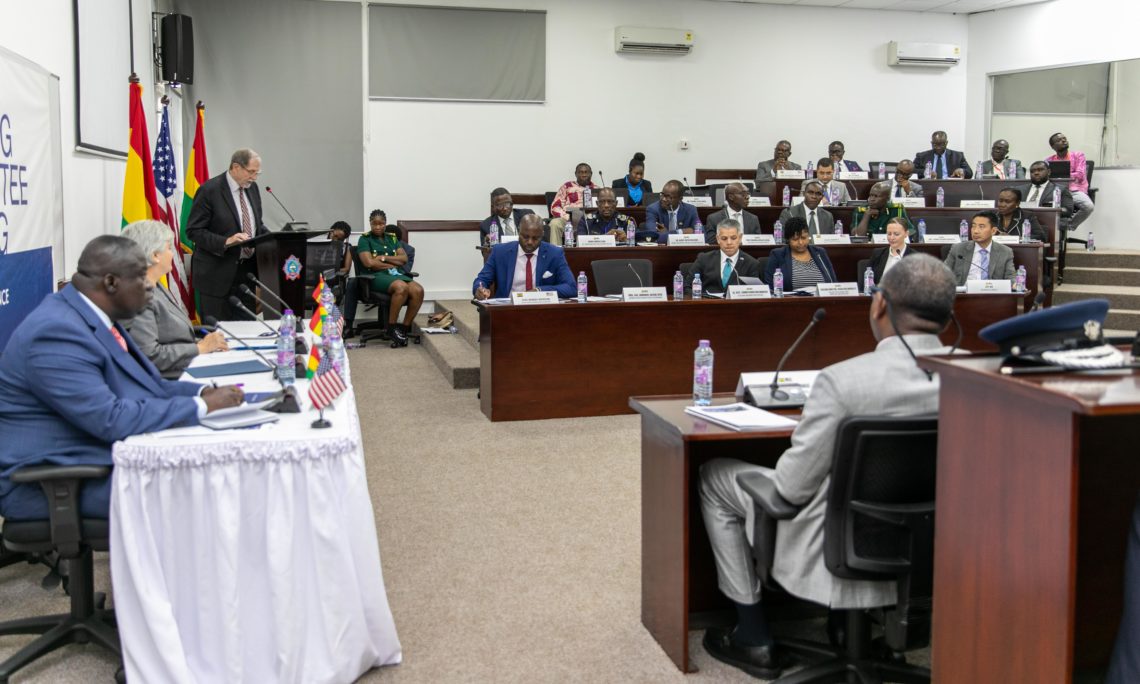 The National Border Fusion Center will serve as an information-sharing hub for border security to facilitate informed, rapid decision-making. This is one of many collaborations under SGI.  In her remarks, Assistant Secretary Madison underlined the value of this bilateral effort: “With shared common values, our partnership and cooperation are underpinned by our joint commitment to strengthening democratic institutions and the rule of law.”  Assistant Secretary Madison also reaffirmed the U.S. government’s support by announcing an additional $3 million in U.S. foreign assistance funding to continue efforts to improve the capacity of law enforcement, promote the rule of law and the administration of justice, and combat transnational financial crime.

The 6th SGI Steering Committee Meeting took place at the West Africa Regional Training Center in Accra.  The senior Ghanaian and U.S. officials emphasized both countries’ commitment to improving security sector governance in Ghana.  In his remarks, Ambassador Arietti noted that “Ghana’s long-standing partnership with the United States, coupled with a shared belief in the value of strong security institutions, has enabled a smooth and productive partnership under SGI,” and encouraged the SGI Steering Committee to continue to focus on implementation.

SGI is a partnership between the Government of Ghana and the United States aimed at improving the effectiveness of Ghana’s security sector and enabling the conditions for national prosperity.  Under SGI, the United States has provided more than $35 million to strengthen border, maritime, and cyber security, as well as to improve the administration of justice.  These efforts have included technical assistance, study visits to the United States and Kenya, trainings and workshops at the strategic and operational levels, and material support.

The visit underscored the U.S. Government’s commitment to partnering with Ghana to strengthen security and justice sector institutions to the benefit and prosperity of the Ghanaian people.