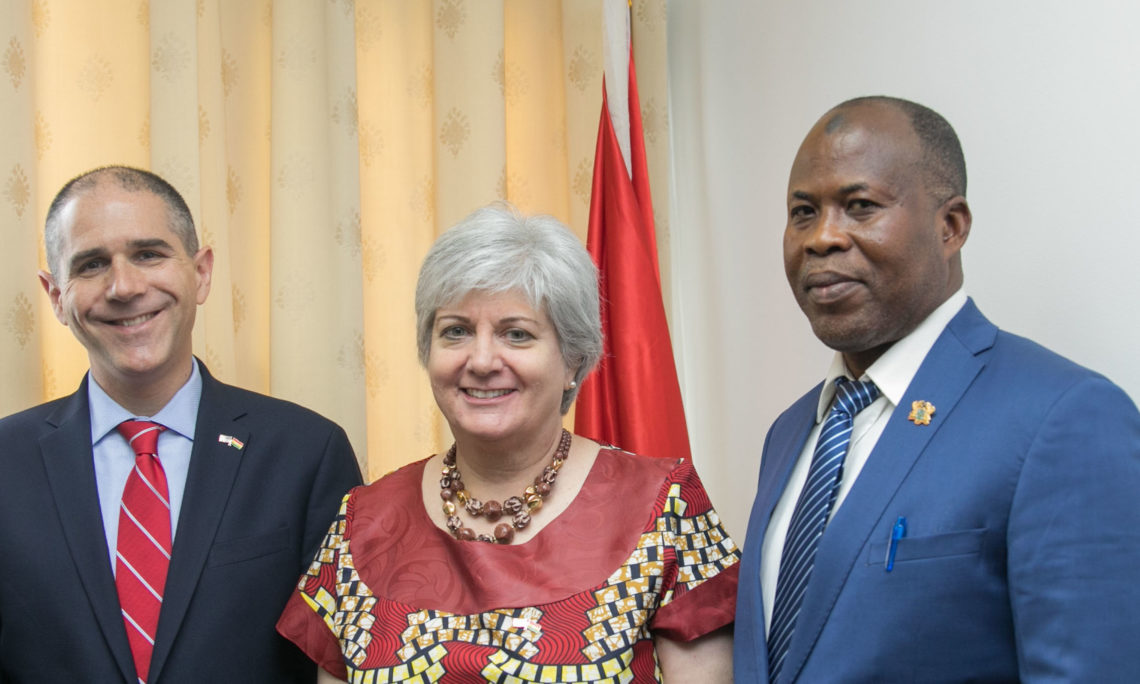 ACCRA – The U.S. Department of State’s Assistant Secretary of State for Consular Affairs, Carl Risch, traveled to Accra from June 13-14, 2019.  During his visit, the Assistant Secretary met with officials from the Ministry of Foreign Affairs and Regional Integration to discuss matters of mutual interest.  He also met members of the diplomatic community and U.S. Mission consular and immigration staff.

This concludes a two-country trip that began on June 10, 2019.  Prior to Ghana, Assistant Secretary Risch traveled to Kenya to meet with U.S. Embassy staff and observe consular operations in Nairobi.  In both cities, he underscored the deep and sustained commitment to the protection of U.S. citizens overseas and the facilitation of legitimate travel and immigration to the United States.

Carl C. Risch was sworn in as Assistant Secretary of State for Consular Affairs on August 11, 2017.

Mr. Risch most recently served as the Acting Chief of Staff at U.S. Citizenship and Immigration Services (USCIS). He was previously the USCIS Field Office Director at the U.S. Embassy in Seoul, South Korea. He also worked as an immigration officer for USCIS at the U.S. Embassy in Manila, Philippines. He started his career with USCIS as an immigration officer in the Administrative Appeals Office.

Mr. Risch is a former Foreign Service Officer with the Department of State, where he served as a consular officer at the U.S. Consulate General in Amsterdam. He had a highly regarded legal career in Pennsylvania in addition to his government service. Mr. Risch earned a BA from Bloomsburg University of Pennsylvania and a JD from Dickinson School of Law in Carlisle, Pennsylvania.