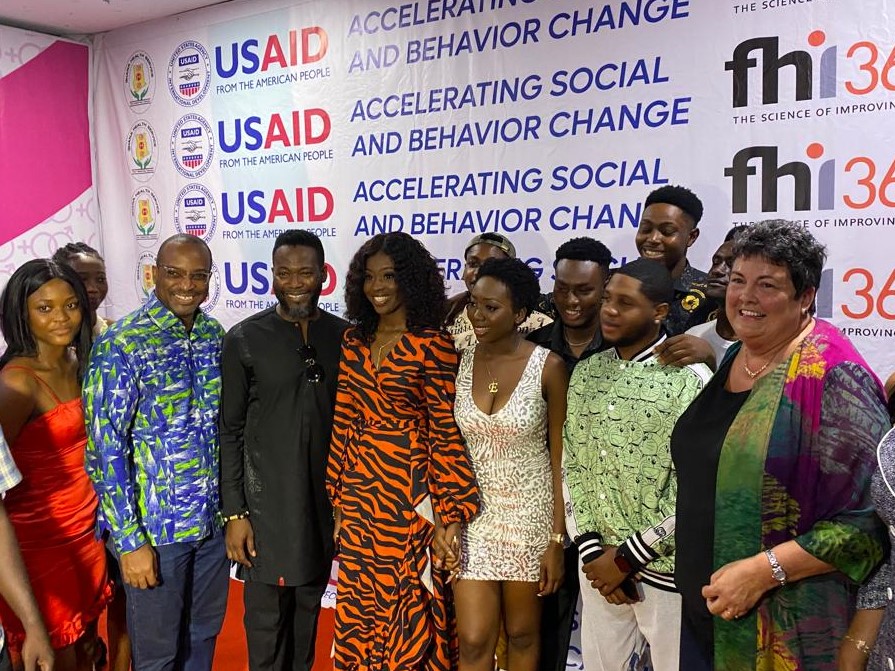 January 23, 2023, Accra, GHANA –The United States Government with the Ghana Health Service and the National Population Council marked the premiere of the sixth season of the popular hit TV show You Only Live Once (YOLO) at the Silverbird Theater in Accra, Ghana on Friday.  U.S Ambassador Virginia Palmer joined officials from the Government of Ghana and stars of the show to premiere the first episode of Season 6, after a four-year hiatus.

“The United States Government and Ghana have been close partners for decades, working together to improve the health, education, governance, and economic opportunities for all Ghanaians, especially young people.  This is why we are so proud to support YOLO,” said Ambassador Palmer at Friday’s premiere held at Silverbird Cinemas at the Accra Mall.

With support from the U.S. Government, the award-winning young adult “edutainment” program YOLO is returning to TV and online after a four-year hiatus. YOLO follows the lives of a group of young Ghanaians through life, exploring key health, gender, social, and cultural issues.  The latest season of the serial drama brings a storyline to Ghana’s Northern Region with beloved characters from previous seasons starting their National Service.  Told through the lives of the series’ young characters, the show uses “edu-tainment” to confront and educate young people on key health issues including nutrition; malaria; maternal, newborn, and child health; water, sanitation and hygiene; COVID-19; and family planning/reproductive health.

“YOLO is more than just a TV show, it is a safe space where young Ghanaians can discuss, debate, and model positive behaviors that will protect their health and the health of their families,” concluded Ambassador Palmer.

The YOLO series has attracted an extensive and diverse audience, with more than 30 million views on YouTube and over two million viewers per week on television.

The YOLO cast and crew have won numerous local and international awards, including:

YOLO Season 6 is sponsored by USAID, like Seasons 3, 4 and 5, as part of its social and behavior change health programming, to further promote the Ghana Health Service GoodLife, Live it Well campaign. It is produced by Farmhouse Productions Limited. It will be aired on TV3, Gh-One, NTV, YouTube, Farmhouse Movies App, in schools and communities in Northern Regions and on other platforms.

About USAID
The United States Agency for International Development (USAID) is the lead U.S. Government agency that works to end extreme global poverty and enable resilient, democratic societies to realize their potential. Our work advances an integrated approach to development. It promotes accountability, sustainable systems, and inclusive development.