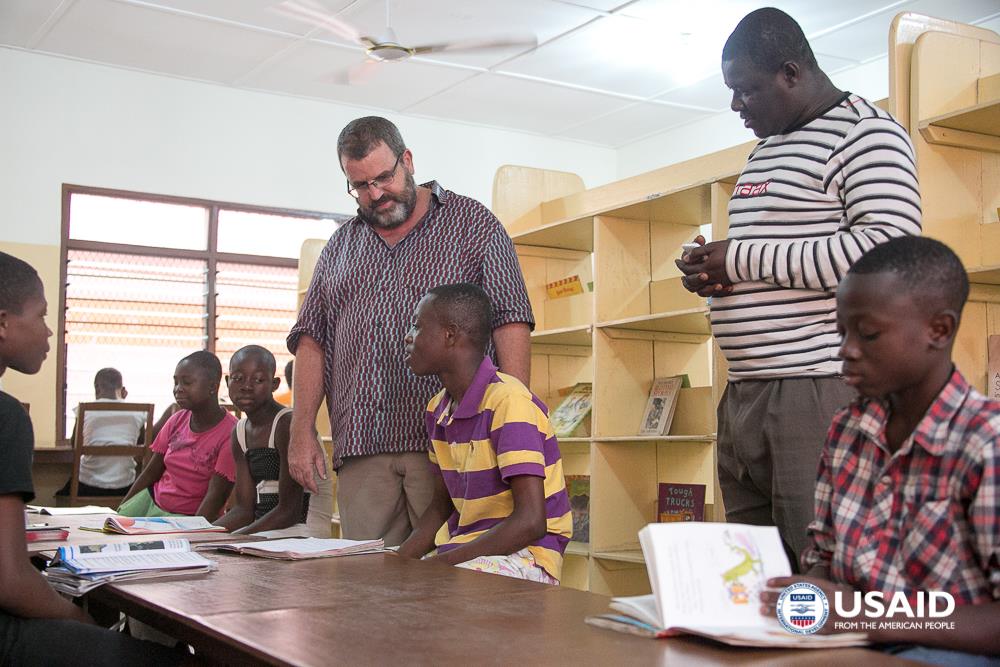 During the trip, Mr. Karas visited the Anti-Human Trafficking Unit of the Ghana Police Service in Ho, where he spoke with police officers about the challenges of catching and punishing human traffickers who work in the region. He also visited the Madamfo Shelter for former victims of child trafficking in Ho, where he spoke with survivors, aged 13 to 18, about how they escaped being trafficked, and about their studies and aspirations for the future. In addition, he visited Volta’s island communities, which are a hub of human trafficking activity, where he met with a social worker and anti-child labor and trafficking advocate and learned about efforts to curb trafficking and rehabilitate former victims in these communities.

While in Ho, Mr. Karas attended and delivered remarks at a training workshop organized by the International Organization for Migration, which was focused on screening and identification protocols to combat trafficking in persons. “Human trafficking undermines the fabric that holds Ghanaian society together, and threatens to derail the significant development progress Ghana has made in recent years,” said Mr. Karas at the workshop. “The U.S. government is committed to partnering with Ghana to put an end to this illegal and unconscionable practice.”

The workshop was funded by the U.S. government through the U.S.-Ghana Child Protection Compact Partnership, a jointly developed, multi-year plan aimed at bolstering current efforts of the government of Ghana and Ghanaian civil society to address child sex trafficking and forced child labor within Ghana. The Partnership awarded $5 million in U.S. foreign assistance to the International Organization for Migration and NGO Free the Slaves to combat forced child labor and child sex trafficking in the Volta, Central, and Greater Accra regions over four years. The U.S. government also works with the Ghana government, communities, law enforcement, social workers, former victims, and other stakeholders to put an end to human trafficking, especially in the gold, cocoa, and fishing sectors.