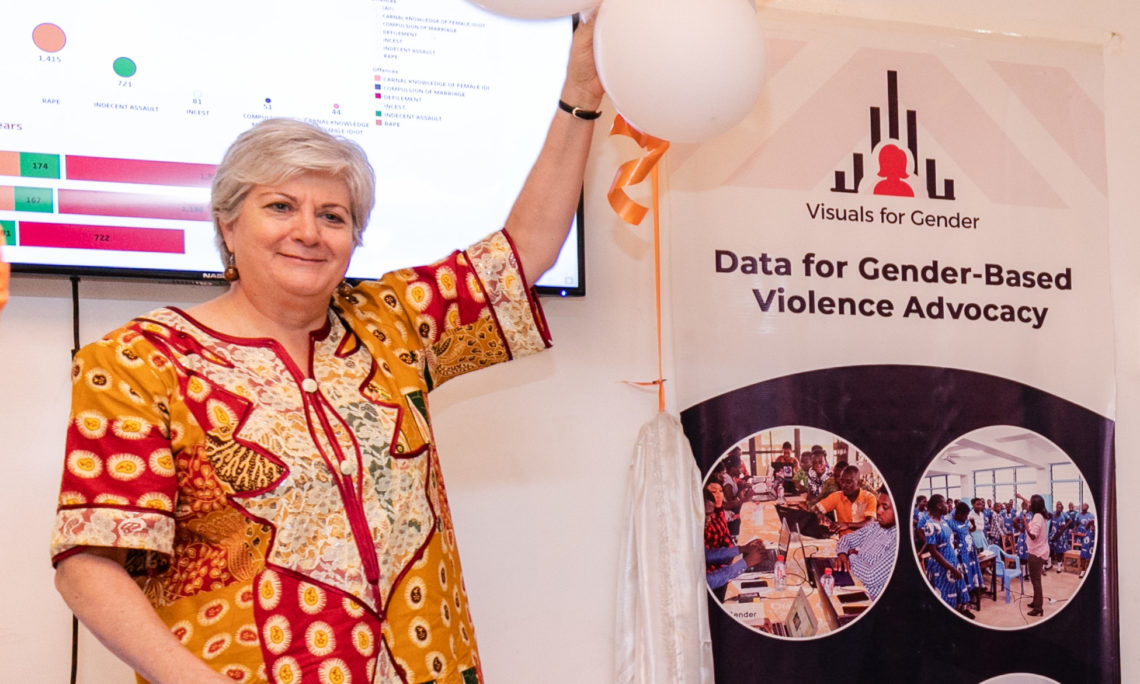 I would like to start my remarks with a number.  35. Thirty-five percent.

According to the United Nations, that is the percentage of women worldwide who say they have experienced physical and/or sexual intimate partner violence, or, sexual violence by a non-partner.

With approximately 50 people present this afternoon, that would be almost 18 people in this room alone who actually self-reported such incidents.  Many more such crimes go unreported. Violence against women is as serious a cause of death and incapacity among women of reproductive age as cancer, and a greater cause of ill health than traffic accidents and malaria combined. While there has been recent progress, these statistics are stark reminders of the work still to be done.

Today is the beginning of the annual 16-Days of Activism Against Gender-based Violence Campaign.  It is heartening to be in this room full of advocates, subject matter experts, journalists, survivors, and family members or friends of survivors.  All of us are here to acknowledge and address the issue of gender-based violence.

Thank you for joining us.  And thank you, Florence, for hosting us.

This year, the 16-Days of Activism theme is “Orange the World:  Generational Equality Stands Against Rape.” This morning, on my way to work, I observed peaceful women bearing signs with orange lettering supporting this cause.  This campaign is a call to action to the young and not so young – boys, girls, men, and women – to take an active stand against rape. Not just the abhorrent action of rape but also the worldwide culture that fosters and tacitly condones it.

A culture that does not believe at its core that women and men should be treated as equals with the same rights and opportunities.  The conspiracy of silence around sexual and gender-based violence robs survivors of their power and inhibits socio-economic development.  We must use the power of strong support networks and speak up in order to bring about accountability and change.

To kick off this year’s 16-Days of Activism, we are here today to launch Mobile Web Ghana’s “Visuals for Gender” Project.  Funded through a U.S. Embassy grant, “Visuals for Gender” aims to build the capacity of journalists, gender activists, CSOs, and government agencies working on sexual and reproductive health to tell the complete story with data.  Often, cases of gender-based violence are reported as single, isolated cases.

Data help connect those dots to create an evidence-based case that shines a light on this worldwide epidemic. This epidemic affects our most vulnerable – our girls.  We saw in the videos the importance awareness-building activities for school-aged children and their educators alike. As a former teacher, I know first-hand how important safe space is for learning.  The “Visuals for Gender” team’s Aim to educate 300 junior and senior high school girls and 50 teachers is timely.

On the observance of this year’s International Women’s Day, U.S. Secretary of State Mike Pompeo said, “In far too many places, women and girls still do not enjoy basic rights and are prevented from taking their rightful place in society. We strive for a world in which women and girls are free to realize their full potential and live in dignity along with their families, communities, and countries.”

The U.S. Embassy places a priority on such programming and is honored to promote these “safe spaces.”  We provide a platform for programs in which advocates, social workers, and law enforcement specialists meet with survivors of gender-based violence and with audiences who are the most vulnerable: adolescent girls.  We rely on a network of women leaders to facilitate these sessions.

Over time, this group has become the Woke Women Task Force that includes health experts, social workers, psychologists, and female police officers, some of whom are alumnae of USG exchange programs.

In fact, members of the Woke Women Task Force played a key role in creating this “Visuals for Gender” project.  Leading the charge is Mandela Washington Fellow alumna and Founder/CEO of Mobile Web Ghana, Florence Toffa. I think Florence and her team deserve a round of applause for all the hard work they have done, and will continue to do, to address the pervasiveness of gender-based violence. Programs like “Visuals for Gender” start, build, and nurture the necessary support networks for our women and girls and build the case for change… change that in the year 2019, is long overdue!

In closing, I’d like to share my hope that the momentum built during these next 16 days extends well beyond the campaign, in order to increase safe spaces for our girls, strengthen support networks, keep the conversations going, and continue making progress.